Blaise, the homeowner, called in and explained that during a recent storm there was damages caused by wind that had damaged some of the siding and blew off a few shingles. Hugh, ECC Roofing & Siding Project Manager, went out and performed an inspection it was determined that the roof was damaged to a point exceeding a repair. ECC then advised the homeowner it would be in their best interest to involve their insurance company as this damage is covered by their policy. ECC Met with the insurance adjuster during their inspection and it was determined that there was enough damage that a roof replacement would be required this was at little to no out of pocket for the homeowner. The roof was originally installed over a Cedar Shake Roof; this was a challenge as State Code requires the wooden deck be replaced with new plywood additionally the siding was aluminum so now when ECC goes to replace the roof system the siding and roof will not be lined up because the new roof system would not have layers of roofing on top of additional layers, therefore there would be a gap between the roof and siding making a concern for the flashing.

ECC was able to meet a resolution with the insurance company that ultimately resulted in the replacement of the siding on the house. ECC Installed New Owens Corning Duration Series Shingles, Color: Slate Stone Gray and Mastic Mill Creek Siding Double 4” Dutch Lap, Color: Silver Gray with CertinTeed Cedar Impressions Scallops, Color White. The homeowner decided to go with ECC because these concerns were addressed up front and before the project was underway, ultimately everything was handled working with the insurance company and led to ensure that this would be a life time install and now the homeowner has a lifetime warranty on his home. 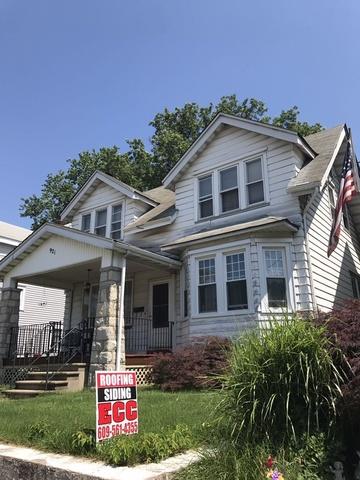 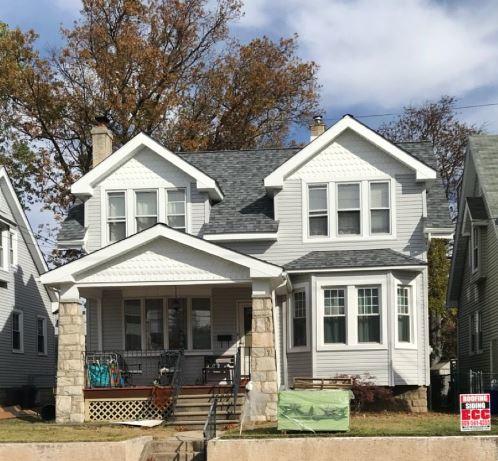 Back to Previous Page
Back to Case Studies

We serve the following areas